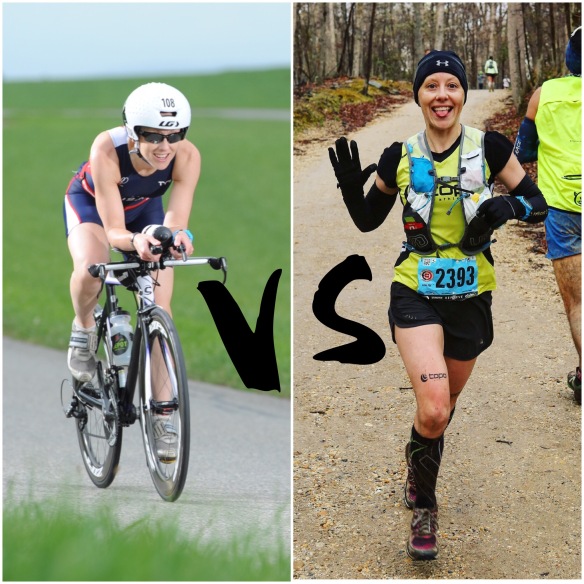 It’s been weighing heavily on my mind more and more this year. I have just completed my 2nd National Championship less than one month from the previous, in a different sport, with only a slight improvement in the outcome. I think it’s finally time to face the harsh reality that unless I dedicate my training to one sport I will never toe the line at these competitive races fully prepared to perform at my potential.

I told myself after last year’s Cayuga Trails 50 that I would not return to the race this year unless I could train properly for it. I may have trained “better”, but not “properly”. Although I believe I had slightly more run volume overall this year leading up to the race with two 50k’s already under my belt and better rested, I still did not dedicate the weekly mileage that one should to compete in a 50 mile race. Especially when it’s a National Championship! I know to always disregard what others do in training but when you hear the weekly mileage that ultra runners are tackling the doubt starts to creep in. Embarrassing as it is to admit I had only run one 50+ mile week this year – I hit 83 miles 3 weeks before Cayuga and that was only because I took a week off of work and off of the bike. While that week felt great and gave me the confidence I needed going into Cayuga, it was almost double what I was hitting in the months prior and once again my race proved that it wasn’t enough.

I think I’ve done the best I could juggling ultra training with duathlon and triathlon training, but it has become less fun and more stressful as I pick and choose where to cut corners. I’m cheating myself in both sports by not fully committing to either training plan.

To be inside my head the last few weeks… In a matter of 3 days I went through 3 different thought patterns:
1) I think after this season I will hang up the bike and focus on ultra running.
2) I’m kidding myself if I think I can be a strong ultra runner. After Cayuga it’s time to cut out the trail running and start training hard on the bike.
3) My bike fitness is so far behind right now. I’m just going to get through Nationals and hang up the bike. I will switch my flight to Switzerland and find a destination ultra race for the fall.

I was in the shower the day before leaving for Duathlon Nationals when #3 popped into my head. So I quickly shut down those thoughts realizing that this was not the mindset I should be in 2 days before I had to race on my bike! I would re-visit it after the race. Now, three weeks later with not a crank turned on my bike since May 14th, and the 50 mile race behind me, I am still left without a plan. And I need to decide what my next move will be so I can focus on a new training block.

I also think – does it really matter? Can’t I be good in both sports and be happy without being my best? Right now I’m not sure I can. Last year I was okay with it and had a ton of fun but also really wore myself out in the summer with the back-to-back long races in different disciplines. I remained in a constant state of recovery-taper-race for over a month. While I really enjoyed the variety of races and challenge of switching gears after each race my results also left me disappointed when I felt I had more potential.

I know I have plenty more years of racing ahead of me but let’s face it – time is not standing still and I need to be realistic about my remaining “peak years”. Right now I’m unsure of which direction I will go – both for the remainder of this year and the next. I guess I still have some soul-searching to do. Every time I think I’ve made my decision I second-guess myself. Honestly I am leaning towards taking time off the bike. Powerman Zofingen will always be there. But the thrill of racing on my bike is a hard thing to quit. It’s tough being an endurance junkie 😉

If anyone has faced a similar decision between two sports I would love to hear about it. For now I will keep hoping the answer comes to me. 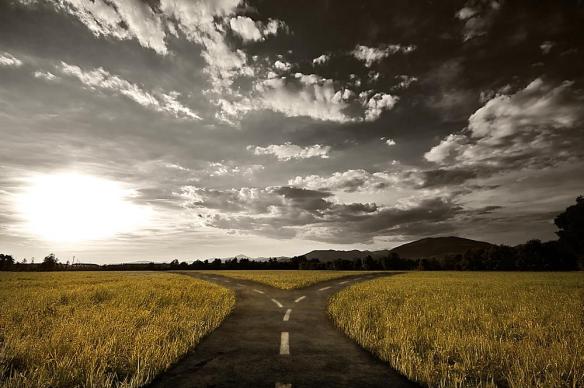 12 thoughts on “The internal conflict continues…”